The Conservatives continuously tell us record numbers of people are in work and the economy is doing brilliantly, but if that’s the case, why are we seeing record poverty and food bank use?

The UN envoy, Philip Alston has created two reports about poverty in the UK, citing that this Tory Government and its policies are “entrenching high levels of poverty and inflicting unnecessary misery” on the people of the UK.

This has, of course, been ignored and at times, ridiculed by the Government.

Tax and benefit reforms, housing costs and childcare costs have been seen to blame for record poverty levels in the UK – figures which are frightening, and rising all the time.

The average family in the UK has been hit by cuts averaging £1,500 per year.

4 million people are in deep poverty, i.e., an income of 50% lower than the official breadline figures.

14.3 million are in relative poverty i.e., not having enough income to cover basic expenses and having to go short on many day to day necessities.

Let’s break the 14.3 million down: 8.4 million are working age adults (including those with illness and disabilities), 4.5 million are children and 1.4 million are pension age adults (many being women who have had their pensions taken away from them).

At the moment, approximately 9 children out of a classroom of 30 are in poverty. In 10 constituencies in the UK, child poverty is over 50% and the figures are expected to rise by >25% by 2022.

Food banks are experiencing record numbers of people in desperate need of their services and it has got to the stage of some schools having food banks, and teachers bringing in food at their own expense to feed hungry children.

43% of families with more than 3 children are in poverty – remember the Tories brought in a benefit cap so only 2 children are eligible for credits, unless the mother can prove the 3rd child was born as a result of rape, i.e., The Rape Clause – a horrifying rule.

45% of minority ethnic families are in poverty.

47% of single parent families are in poverty.

This Government would like to pretend we have a very successful economy and that record families are in work, but what they don’t tell you is that someone on a Zero Hours Contract working an hour a week is classed as employed, and many people are working more than one job due to poor wages. They also don’t tell us that carers are classed as “employed” even though their “income” amounts to pennies per hour.

This Government, in 9 years, have dragged us back to Dickensian times. The poverty, the desperation and the record use of food banks is just a modern word for soup kitchens.

Do not be fooled – only a small amount of research will show you this Government is pulling the wool over our eyes.

There is good news. It doesn’t have to be like this. Labour have pledged to support working families, increase the minimum wage, completely overhaul the benefits system, abolish the appalling “Rape Clause” and the punitive bedroom tax.

Change is a tick in a ballot paper away. It’s at the end of our fingertips.

Take a look at the 2017 Labour Manifesto – a fully costed Manifesto, and by far, the best in my lifetime. The next one will be even better.

Vote Labour, not just for yourself, but for all of us. 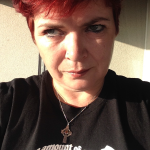